Tools For Prototyping A Narrative

By Tom Smith January 12, 2015
Another of the things I'm mulling is how to research and prototype a narrative of some sorts, for a student project. In the past we've used Pinterest as a gathering research tool, to collect sources of inspiration and, kind of importantly, the visual clichés to avoid. We're not sure if Pinterest is the best tool to use.

Some tools you should simply take a look at for the sake of it are: 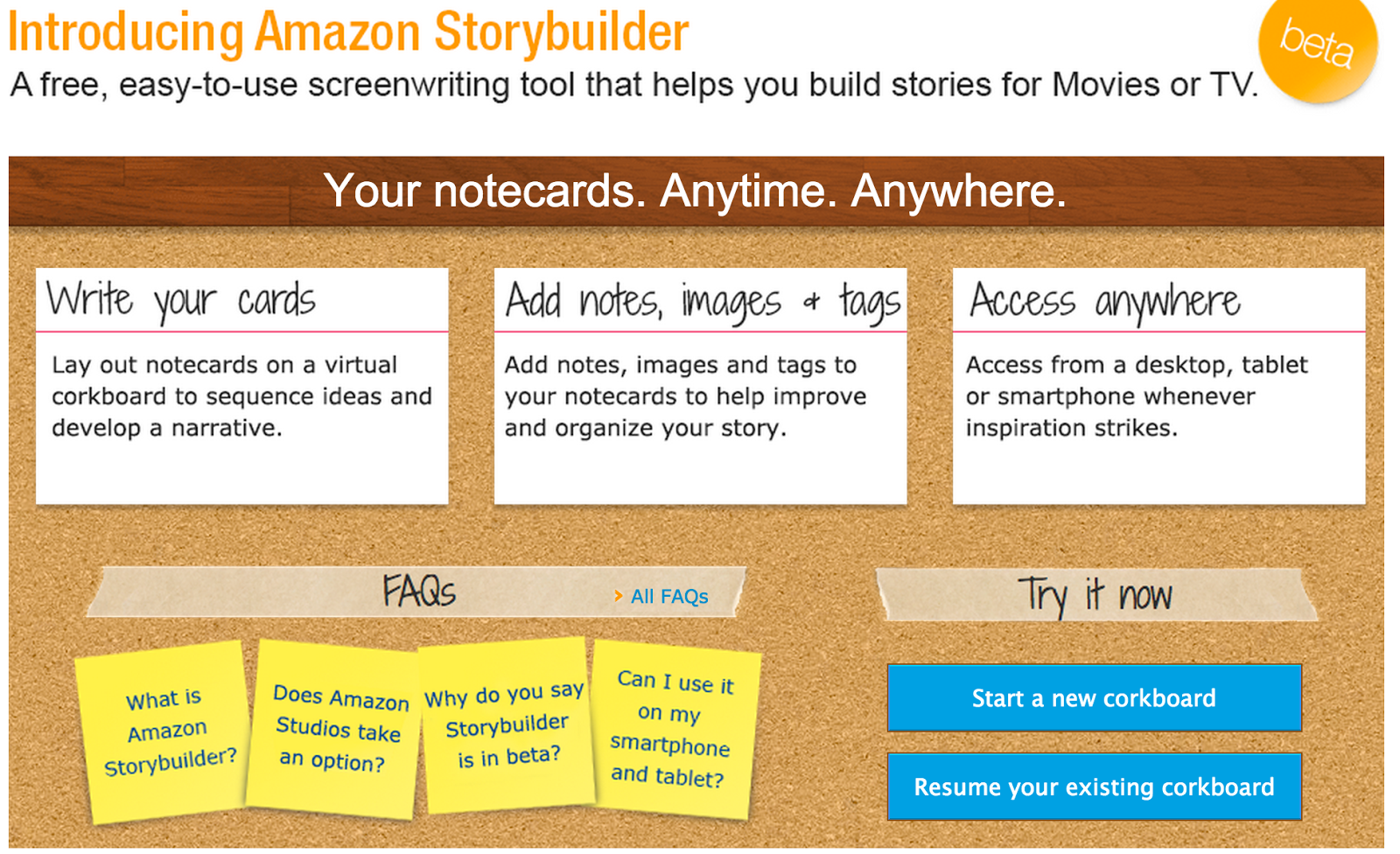 Amazon StoryBuilder to create a script or screenplay. This is like a corkboard of notes with which you develop your "story".

And then there's Amazon StoryTeller that lets you create a visual storyboard from your script. Interestingly, the tool seems to recognise "people" and places. It has a huge library of people, and scenes and props with which you can create your storyboard pages, like the one shown below where Dr Cutie gets incredibly jealous of Greg's acrobatic cows. Ahem. The tools themselves are interesting enough, but the really interesting part about them is how, this being Amazon of course, once you have created your storyboard it you can publish it and people can vote on how much they like it, and suggest that a real video advert should be made for it.

Once your video advert is made, people can watch it and vote on how much they'd like to watch the real show. And then, if you're lucky, the show gets commissioned and it's shown on Amazon Prime Videos.  Amazon have thought about the process, from noting down sketchy ideas to actually making a movie or TV show. Wow...

Google Gallery. Look at this gallery of art installations or the way this gallery zooms in to images and text and has audio attachments.