I used the MIT App Inventor site to create an Android app that...
This Android app sends it to an Apps Script web application inside a Google Spreadsheet here.
The web application saves the image to Google Drive, makes a thumbnail of the image then gets the latest 3 thumbnails from the sheet and returns it.
Inside the Android app is a WebViewer component that displays those images, that gets updated once the image is uploaded.
It's not pretty but it works. This app wouldn't be possible without the TaifunFile, TaifunTools and SimpleBase64 extensions. Thanks, all. 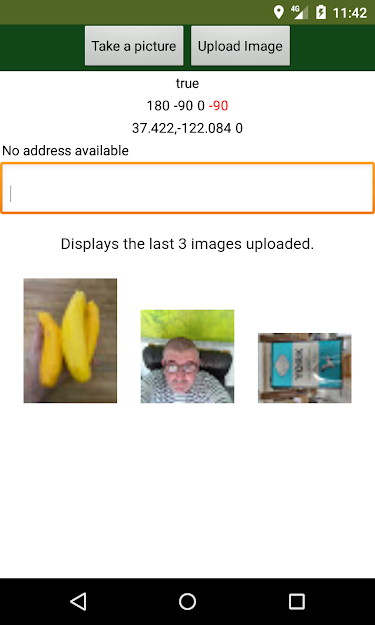 The App Inventor code is here.  You can import an .aia file directly into MIT App Inventor.
There was some tricky stuff, having to move the Camera image onto the device, and I found most other base64 extensions encoded the path to the image, and not the actual image data - which was confusing. 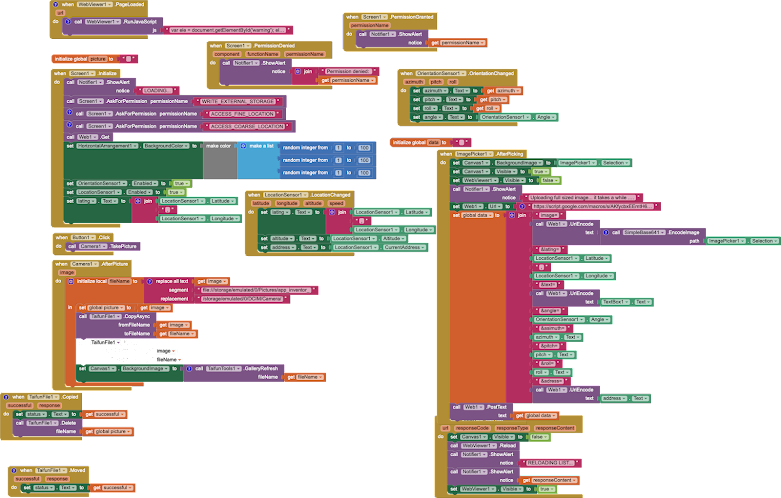 This Android app sends its data to an Apps Script web application inside a Google Spreadsheet here.
It's a bit slow. I could reduce the size of the image before I sent it to make uploading quicker, but didn't want to do that for my purposes. I also could have made it a lot prettier but didn't want to clutter up the project with lots of components that are only there for graphical reasons. You can figure it out... hopefully.
Use menu File > Make a copy if you want to make your own version. You will need to know how to Publish Apps Script apps to recreate this project for yourself.

I've discovered there is a Google Sheet API extension in development, but it isn't quite ready yet. This is a workaround for now.
I have another painting MIT App Inventor app with source available here.