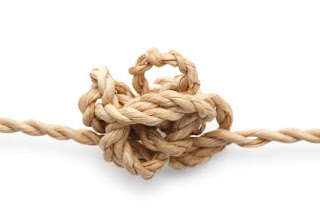 All of these lovely ideas would mean that there was one central calendar that admin people could check, that people could add their own bookings and also receive something in their calendar so they wouldn't to forget to show up.

Except, none of this works...

... or rather, because I was cornered into creating a Booking Task Queue sheet because adding events didn't work reliably I therefore ran the event adding code from a Trigger ( once a minute ) rather than as  it happens. This of course means that the script runs as ME ... the script author and not THE STUDENT ... who is using the booking system.

What this then means is that when the student makes a booking, they need to agree via a big ugly authentications dialog that they agree to have ME tinkering on their behalf.

What all this means is that if I use a central calendar I would need to add the student to a Google Group and make that Google Group able to manage all events on that calendar in order to add stuff to that calendar UNLESS I revert back to using a triggered script.

Are you still with me?

It would seem that I need to have TWO separate ways of adding events ( one via a trigger and the other when the student makes a booking) and work with calendars independently ).

That is to say, when a student makes a hot desk booking...

Does this even matter?

I knew when I started using a spreadsheet as a pseudo-calendar, that it might be a bit of work to "sync" either what was in the calendar with what was in the spreadsheet and vice versa, but I'm now in the position of not actually needing a central calendar, I mean, what's the point of it exactly? I guess the answer to that is different presentation views ( week, day, agenda etc ).

But this get's less useful the more bookings there are ( which was the original need to even begin this project ) because as soon as you have 30 or so booking on one day, the calendar interface starts becoming useless, it's just too jumbled.

So the spreadsheet should become the golden master really.... there shouldn't be a central calendar and maybe that will clear up any permissions issues ( it will at least remove some of the icky corners of the code ) along the way.

There are now some oddities with regards Google Drive and Google Groups. I think I'll save those for another post... maybe later.