Bug or Feature? Google Groups and Google Drive, You Decide. 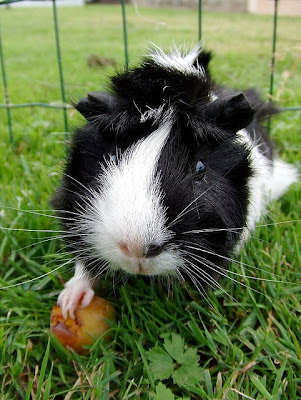 
I recently asked people if they'd be willing to help me work out what happens in terms of notification emails when you start sharing Google Documents with them. About 60 people said they'd be happy to take part.

So ( and this is part of the Booking System work ) I create a Google Group called Google-Guinea-Pigs and added everyone to this group. I set the email notification for this group to be "Web Only" because having found people willing to help, I didn't want to immediately start filling up their in trays with "You have been added to ... etc " emails.

So now, I wanted to share my spreadsheet with members of that group. I clicked the "Share" button and added the email address, google-guinea-pigs-group@.... etc. That seemed to work OK.

But when they went to Google Drive, the newly shared spreadsheet was nowhere to be found, either by browsing or by actual searching. It didn't exist.

Now, when they went back to Google Groups and saw the email that said "This Spreadsheet has been shared with you" ... that was sent to the Group but not distributed to all the members ( which is what I wanted ) ... and clicked the link to the spreadsheet in that email... they could access the spreadsheet fine.

But there's also this...

When the member went back to Google Drive and searched for the file, it showed up in the look-ahead part of the search form (see below), but not in the file listing....

That would suggest (perhaps) that having looked at the file ( via the automatic invitation email link ) that some flag is set that says this file is now findable. Or is it something else?

My original aim, was to be able to create groups, add files and calendars without bothering the heck out of people, but know that, once created people could search for, or stumble across them as needed. So, for example, someone might search for "Holiday" and hey presto, without ever been told that a form exists, they can find it and maybe a shared Calendar.... how handy would that be? An intranet that works....

But it would seem ( and I might be wrong ) that you can't be given access to something without being pestered about it... and that you can't find something until you have already explicitly accepted its existence.