By Tom Smith February 06, 2014
Yesterday was fun. Sara Perry is planning to use the amazing 3 sixty space in The Hub on Heslington East for a module on museum exhibition design. The 3 sixty is a room in which you can display images on all four walls and play audio. It's quite a big space as you can see. If Sara is 5'10" how big do you reckon that wall is? Anyone? So, before heading off there, with only a lunch break to spare I decided to get a better idea of what it could do. I downloaded the PowerPoint template file that you can use to create the content that you might display.

I decided, like a megalomanic to see if I could make a room that was filled with my head in a really, nightmareish and ominous way. So I used the built in camera on my laptop to video myself, slowed it down, added effects and some audio from Sunn O))) and put the videos I made into the Powerpoint.

The video was like this... ( play them both at the same time )... as is meant to be displayed on opposite walls.

We had a few glitches along the way to do with syncing the video playback, but I'm sure they will be easily fixable. 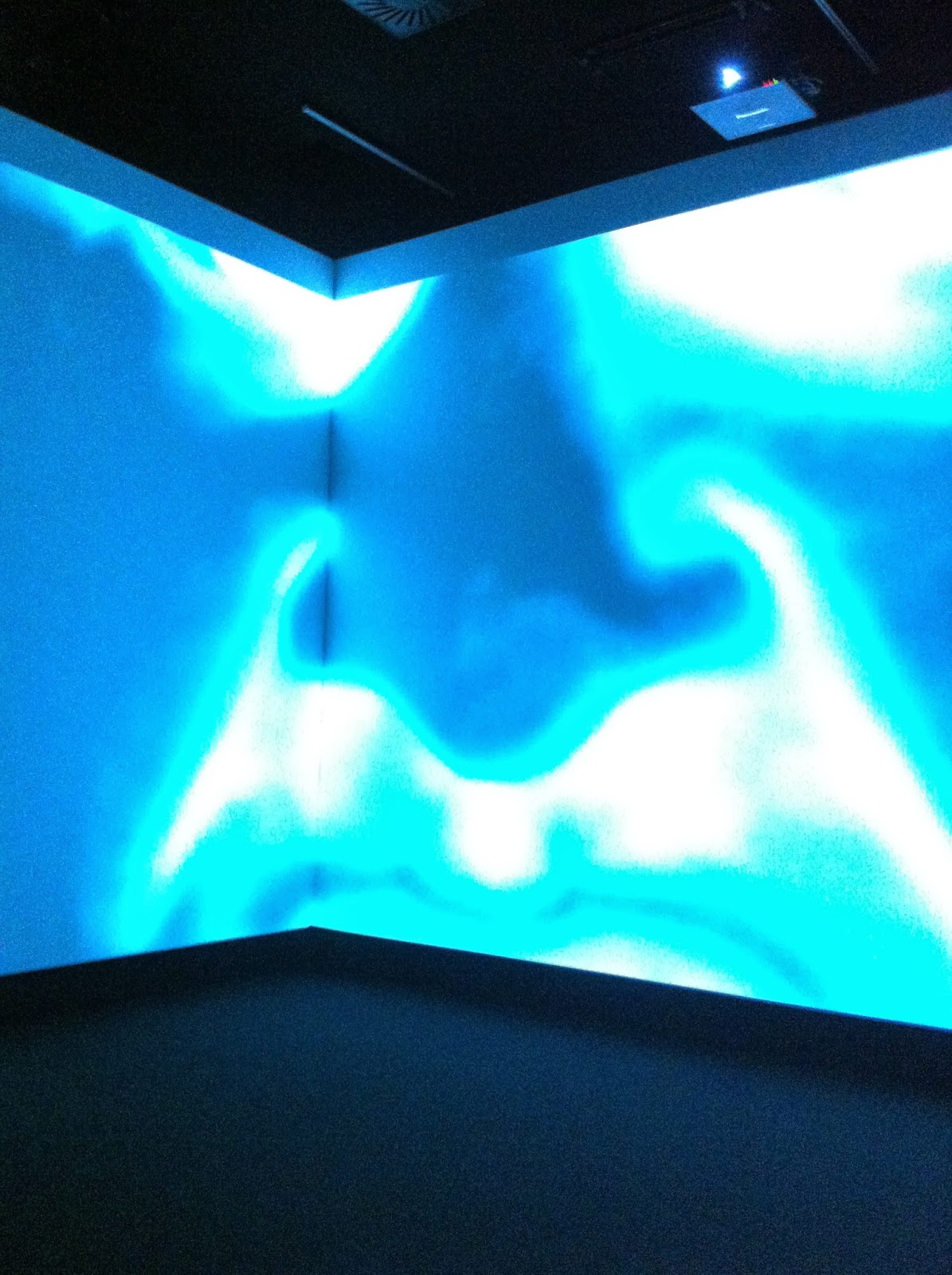 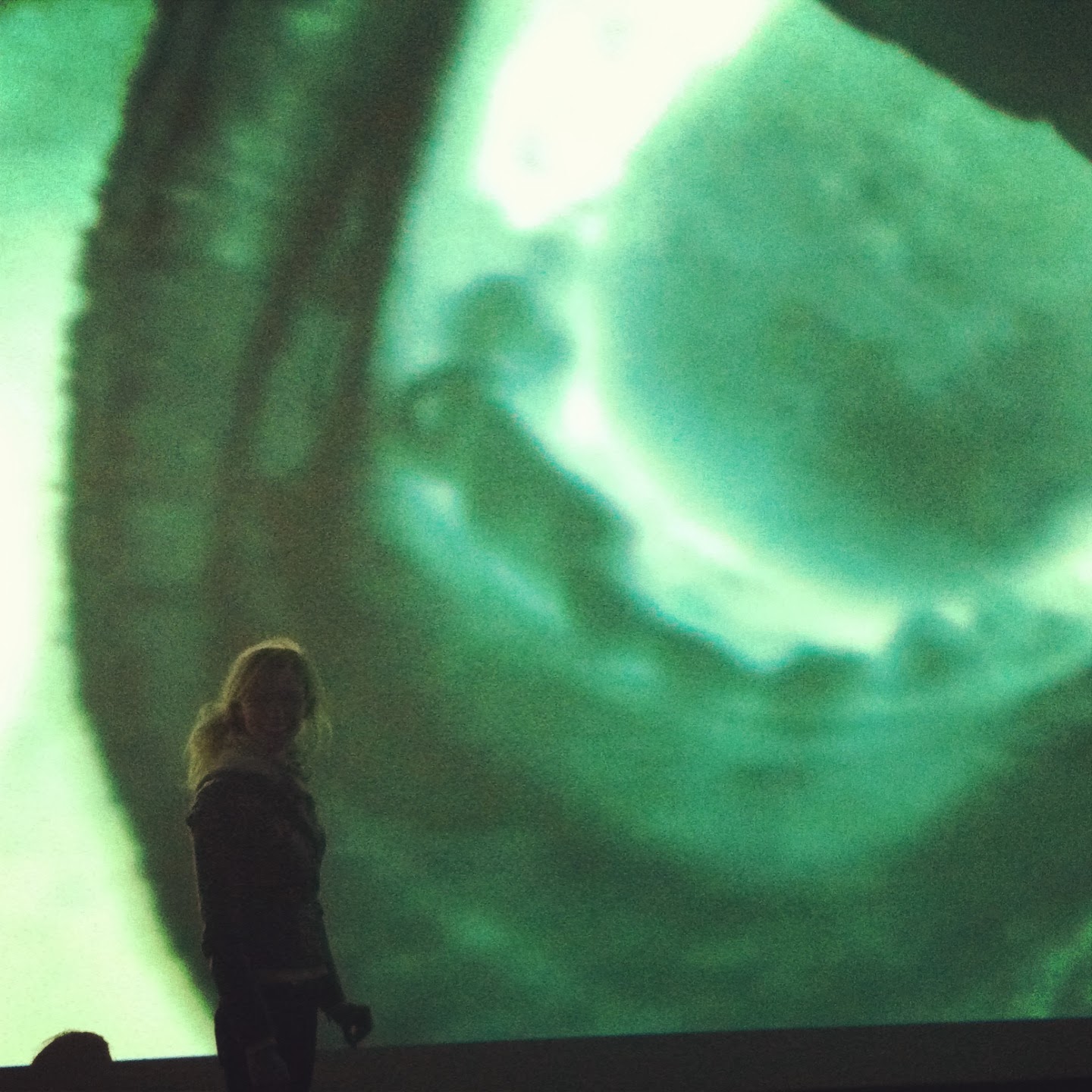 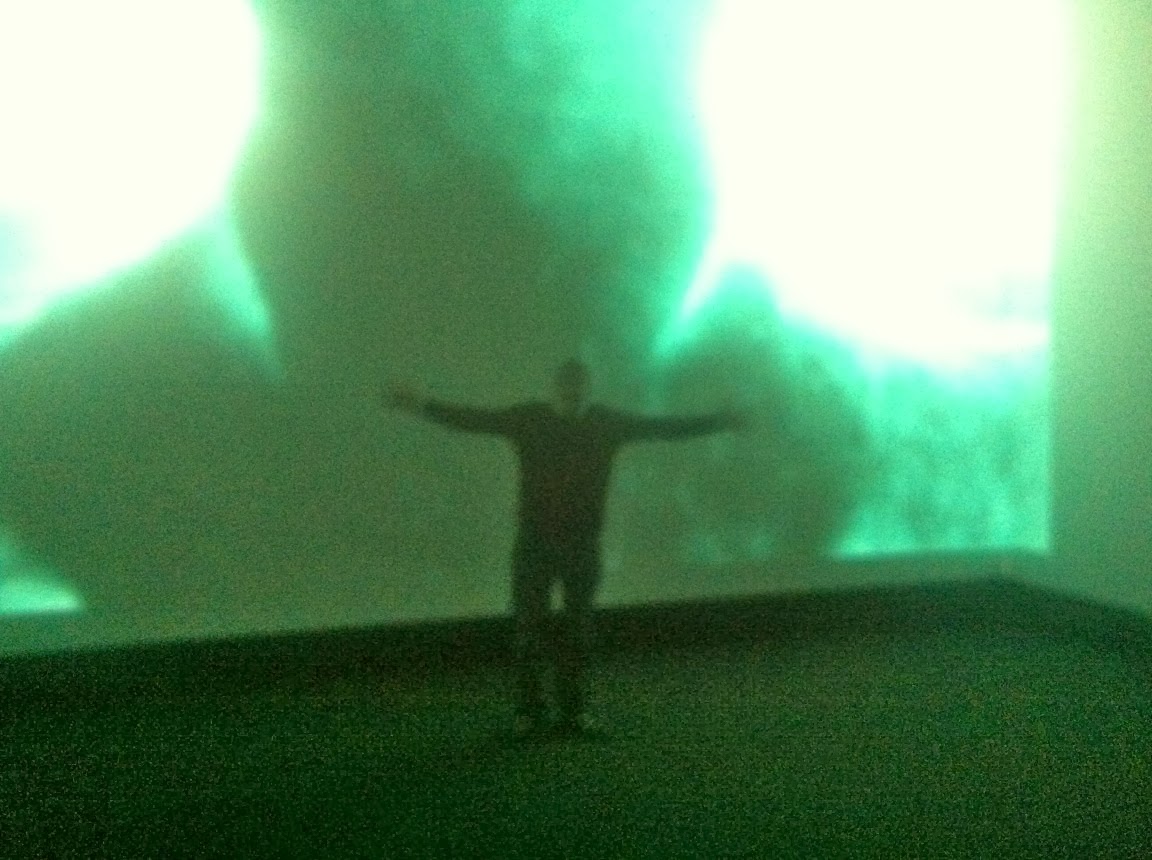 This was really fun because making the media to drive this room was really, really easy. I'd added textual slides ( with transitions ) and just by being shown at this size felt different somehow. The strangest part is how emotive large images and sound can be. The thing I displayed was put together in a few minutes but it felt great being *in* it, by massive nose and eyes and teeth slowly bearing down on you. It was really OPPRESSIVE, which is what I'd wanted.

I didn't have time to think long and hard about how I might use the four walls. The size would be great for all sorts of shifts in presentation style. I'd like to have a go at creating a David Hockney style video, maybe with 4 iphones, all videoing as they walk along but pointing in different directions.

What if the area of interest in your presentation, slowly swept around like a lighthouse? What if data being represented using units of life-sized human bodies, something that when you are in the space you are already more aware of, perhaps, than if you were watching a regular Powerpoint presentation.

It's given me lots of ideas of what I might do, or what could be done. Makes me want to be a student again, if only for this module.