By Tom Smith September 02, 2014
I'm sorry this isn't a finished solution you can just copy and paste. It's more of an example, sharing THAT this can easily be done which may help you figure out how to do it your case.

Lots of people at the University of York are using Google Forms to allow people to sign up to events. They use forms rather than Appointment Slots because they want to work with the data to generate registers for the people running the events. 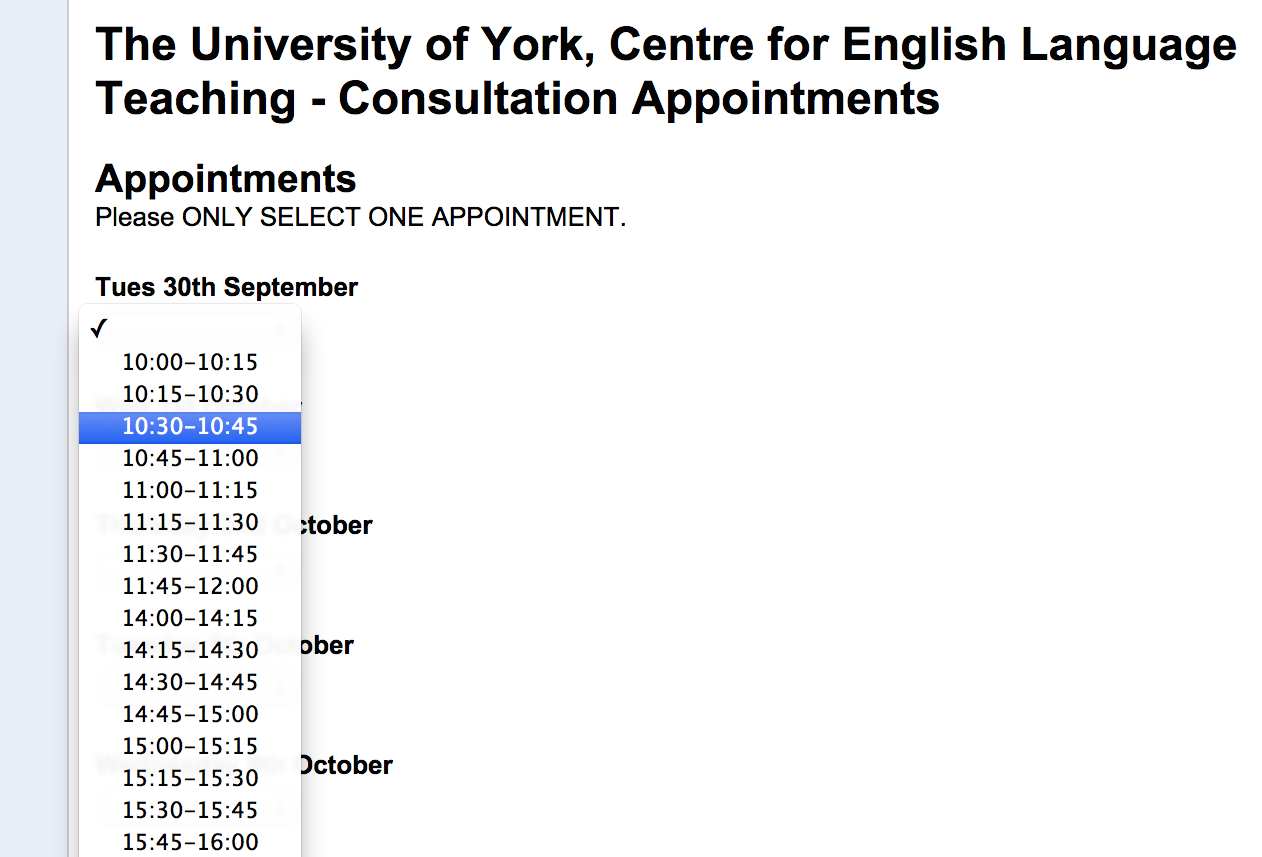 But often these events have a capacity, that is, once 20 people have signed up to them, they're full.

There isn't much you can do with Google Forms to "live lookup" data and change form items if they're full, so we have developed workarounds to mimic this behaviour.

Firstly, having created our Form in the regular way, we create an extra sheet that keeps a track of how many people have have signed up, like this... 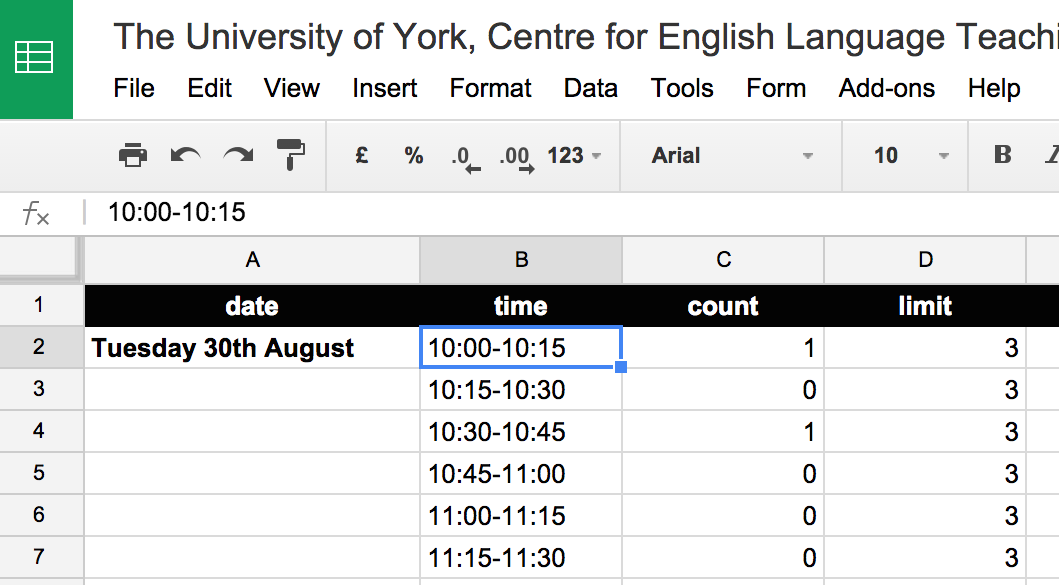 The count column has a formula in it like this...

...and the limit is a number we entered of how many places that slot has.

Secondly, we need to create a couple of functions that get fired when someone signs up to a session, like this...

So, basically, when someone books an appointment, the script looks in the "Group Totals" sheet, and if the count is equal to the limited number of places, it changes the multiple choice items title to "10:00 - 10:30 FULL!".

What's interesting about this is that although you can't do live changes to the form, this script essentially changes the form items for the next person who uses it.

I did experiment with deleting the multiple choice item, but had a few funny results, so thought it best to just change its name. This can be a good idea anyway, to show to users that slots did exist but now they're gone.

Of course in this case someone can still book a full slot ( it doesn't prevent it) , but this process is, in our case, policed by a human anyway. This method is a way to heavily dissuade people from selecting full course slots.