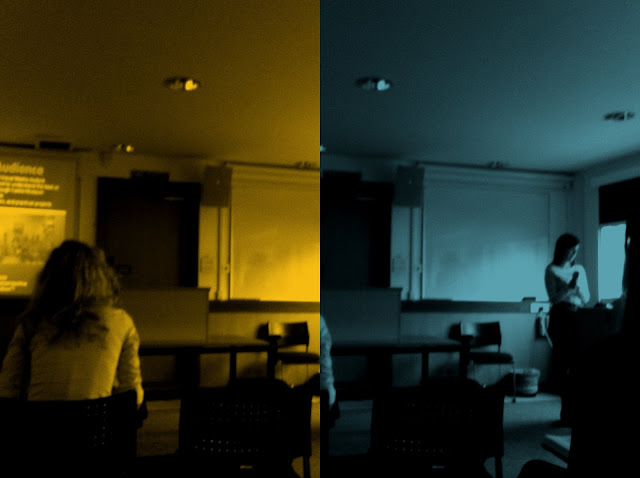 
+Sara Perry in Archaeology has been using Blogger to support a project in which her students create an "object narrative" that tells us the story of a museum exhibit. The project, in flipping the students' perspective around on the objects on display gets them to think differently about museums and exhibitions.

In a workshop, each of the students, having chosen an object ( from a crystal skull to a penny to a bike to a Christmas bauble etc ) were guided through creating a blog and began telling their object's story.

We created a central aggregator blog that subscribed to the feeds of each of the students' blogs, creating a point from which the students, and Sara could easily get to each of the latest posts. We did this using the simple RSS gadget in the Layout Editor. Like this ... 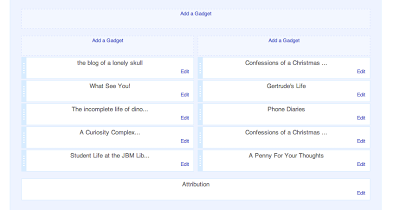 The bottom half of this blog ended looking like this... 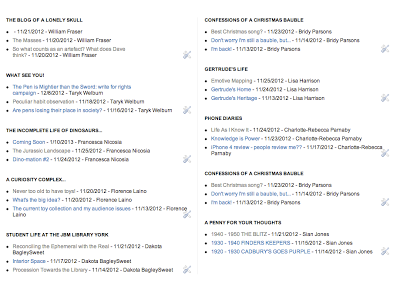 ... creating a useful "Starting Point" for exploring the objects' stories.


Students were willing but initially far from comfortable with blogging, none had ever blogged previously. I was surprised by this.

Some students had issues with anonymity and their academic reputation when "reflecting in public". This view may be the more savvy. Next time we go through this process we may include a more involved process including the creation of the identity that is writing the "object narratives".

Whilst the students gained useful blogging skills, next time we will include an introduction to Google Reader and maybe a few activities to help students better engage with the blogosphere which, for most, was a totally new and alien environment.

The final blogs are linked from here http://visualmedia-archaeology.blogspot.co.uk/ but the students were marked on their final presentations, where they reflected on their experience and opinions about the potential for blogs ( and online in general ) to augment the museum experience.

It's worth pointing out that one blog was used as a "pitch" for a museum project and won.

It was a brief project, but I was impressed at how the students adapted creatively to the new world of blogs and developed interesting ideas of "how they would do it differently next time".