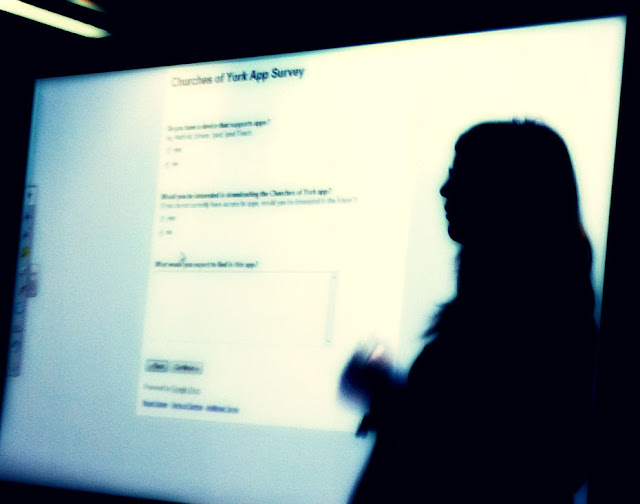 This week, I saw presentations from students performing qualitative research in Archaeology. The focus of their projects was an Android/iPhone heritage app called York's Churches which has been developed to encourage people to explore the life and history of York city centre churches.

Go get the app for Android or iPhone yourself, it's lovely.

The students' projects involved a mixture of focus groups, ethnographic work and Google Forms with iPads to gather data. The projects were mainly looking at how they might better raise awareness of the application with tourists and what improvements mi

The Google Forms and iPads were used in various ways, including... 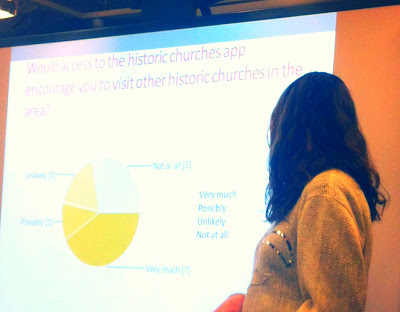 The students' presentations were fun and showed how they'd mastered the tools. They'd used various charts to visualise their data and TagClouds for textual visualisations. They also started to realise that they wanted more sophisticated analytics and perhaps needed to explore more complex tools than Google Forms.

They also had a few good stories about the rambling lunacy of the general public. They learned a lot.