Using Google Sites for Self Assessment

I went to an interesting workshop run by Simon Davis this week looking at using Google Apps in Education. I was there to demo Google Hangouts and unfortunately had a heap of technical problems ( my laptop battery died... oops! Note: never believe it when your battery says it has 2 hours of juice ). Luckily, I had a Hangout I'd prepared earlier. 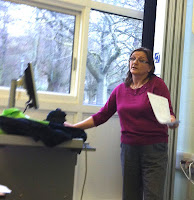 The best bit for me was Catherine Shawyer (right) showing how, in Education, they were using a variety of Google Apps with elegance and gusto.

They used template Google Sites for portfolio work (shown below). They found the sheer reliability of Google Apps was hugely important given their students loss of trust having used other tools and simply lost work by accidentally clicking the back button or similar. Usability really matters.

But their most enthusiastic use was in using Google Sites for the hugely valuable process of self assessment. Typically, this previously took place on paper that became increasingly dog-eared and was often lost.  Using a Google Site meant firstly, that it happened (better than before) and secondly that it could be "taken away" by the student in their next stage of their learning, two huge factors in their use and liking for the technology.

Catherine said she used to use USB sticks to store videos of students' presentation and was forever having to swap them and give them to the right person. She now stores them all online and said “I don't say this often, but Google Drive has changed my life” - 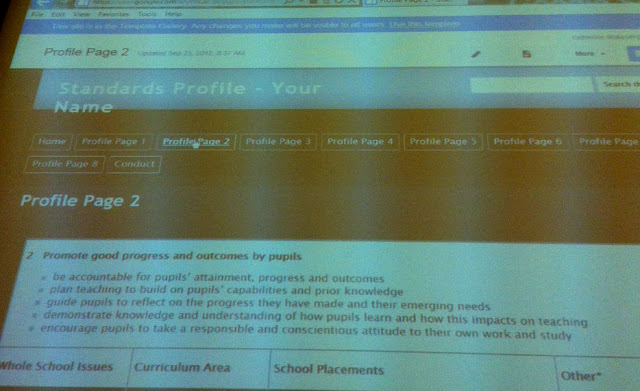 I'm starting to see a pattern recently, and that is, wherever there is dog-eared paper, there is probably a very strong case for replacing it with Google Docs.